Sam Hyde Harris is mostly remembered by collectors today as an active member of the California Art Club who produced hundreds of beautiful landscapes of California in the early 20th century and taught numerous students who went on to great careers. He was also a member of a group called the California Impressionists.

The focus of this exhibit was introducing a modern audience to the massive volume of commercial work he produced. This includes numerous posters for companies such as Union Pacific and the Santa Fe Railroad, as well as advertising pieces for local businesses and theater companies. Sam Hyde Harris, Seeing the Unusual explores the diverse oeuvre of this noted twentieth century California artist. Although widely known for the fine art compositions, few people realize the extent of Harris' commercial advertising work. Harris' designs shaped the consciousness of early to mid-twentieth century consumers and travelers. I really was quite surprised that so little attention had been paid to Harris the commercial artist. This exhibition explores this complex aspect of the artist's career.

My personal association with Sam Hyde Harris actually began more than thirty years ago when I was contacted by Harris' widow, Marion Dodge Harris, to catalogue the artist's estate. In the process I discovered examples of work the artist had created for a who's who of clients, not only in California, but across the western United States and nationally. It's the commercial work that today represents an historical record of product lines and services that were a part of everyday life from the 1920s - 1950s. On a national level, Harris had a long and highly creative relationship with the railroad industry, specifically the Santa Fe, Southern Pacific, and Union Pacific rail lines. His iconic Art Deco themed Southern Pacific's New Daylight poster has become one of the most recognizable images of this art form and one that has become highly praised by railroad and design enthusiasts alike.

Unfortunately, over the years, as is common with many commercial artists, their work has gone unaccredited, and Harris is no exception. Although, with new research and recent descoveries, this oversight is now being corrected, and Harris' commercial designs are being recognized by a new generation of historians.

Harris' commercial work wasn't the only thing in the exhibition, though. There were plenty of paintings of the subjects for which he was most famous, including boats in harbor, and the Chavez Ravine before it was developed. 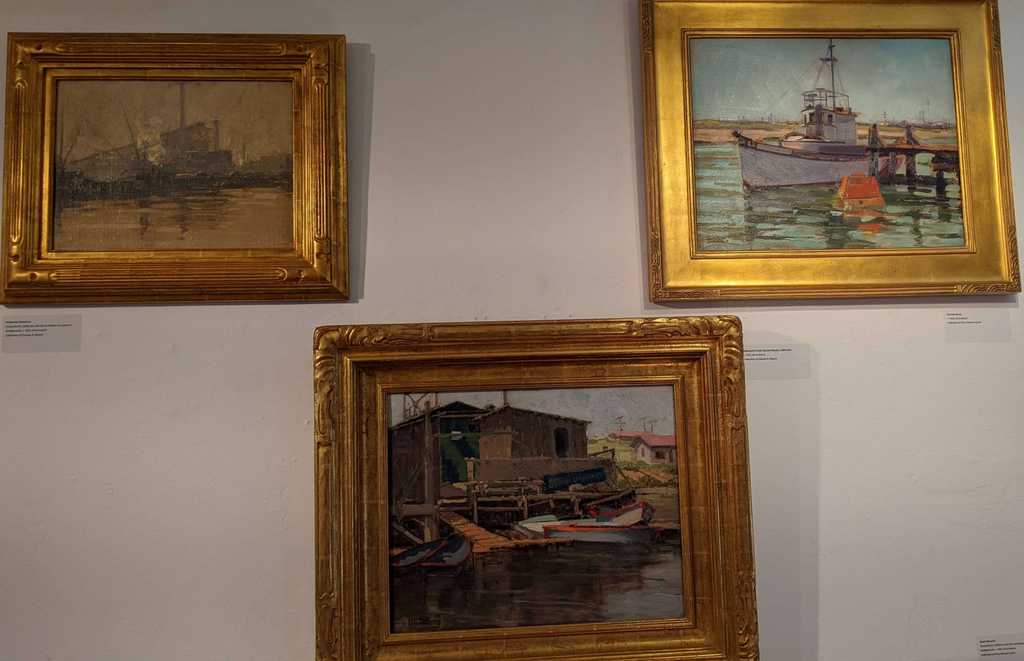 I spent an hour poring over every piece in the exhibit. Many of the pieces came from the collection of Charles N. Mauch, including several massive paintings that became his most famous posters. I particularly enjoyed seeing the different stages of the Taxco Mission poster produced for Southern Pacific. Through a sketch, a painting, and a print of the final poster, visitors could see the complete evolution of one of his commercial pieces.

I only recently became a fan and collector of work by Sam Hyde Harris, and I was glad to have the opportunity to see so much of his work in one place. I was also glad that this less well-known California artist was being brought to new audiences in the 21st century.